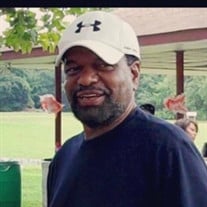 Stanley Earl affectionately known as “Stan the Man” was born on March 31,1939 in Newark Delaware to Howard and Mildred Earl. Stanley transitioned to his heavenly home on March 6, 2021. Stanley received his early education at Iron Hill elementary school in Newark Delaware. He than attended Louis L. Redding School in Middletown DE where he completed his studies up until his 12th grade year. Stanley left high school to pursue employment with a construction company to assist his family financially. Stanley was employed with University of Delaware for a number of years and than began working as a truck driver for the City of Newark where he retired. After his retirement he went back to work for the City of Newark and with several cleaning companies. He later fully retired and pursued his purpose of helping everyone that called upon him. He was a faithful servant of God. Stanley had a passion for people. He loved to be able to help when he was called upon, and would do so not out of obligation but out of love. Stanley loved to laugh was known for his joking and big sense of humor. He loved to share stories of his childhood with his family. Along with a joke and a song or two. Stanley was a devoted family man. He was one of the first black home owners in Brookside where he raised his four children. Stanley was loved by many. He was known for his love for music. He could be heard singing in his family church at St. Daniels where he lead the men’s choir. He would sing in his home and on many occasions in and out of the car. Stanley loved sports as much as he loved music. He was known as a avid Dallas Cowboys fan. Stan also loved baseball. He often shared memories of his days playing baseball for the Merryland Mustangs where he was a left handed catcher. Stanley also loved to attend basketball games and football games with his family. Stanley loved his family and is remembered by so many for his loving heart. His heart was so big that although he as a single father of four, he was called upon by everyone that knew him as dad. He would host many nieces nephews and friends in his home. On occasion cooking dinner for a home full of teenagers that would stay with his children. Stanley loved to make Yok, and was a serious lover of crabs and never missed a good crab dinner. With every meal he had to have his favorite staple. Bread. Stanley loved church, his home church, St. Daniels was his pride. He was a deacon of the church as well as the lead in the choir. Stanley can also be remembered for preparing the church for Sunday service. He never missed as service, and made sure his young children also did not miss a service growing up. Stanley was a beloved family man. He was a father of four and supporter of his family, a true patriarch. He loved animals especially his buddy Michael. He loved his dog as he loved his family and could often be seen walking him throughout the day and night. Stanley was loved by so many family members and friends. He would bring life to any event that he attended if not just with a joke or kind word than it would just be his presence that would bring a smile to so many. As we all will truly miss him, find comfort in knowing that he was a gift from God. His purpose in life was fulfilled and if you knew him than you knew his purpose was to love and to show love through actions as well as words. He will truly be deeply missed. Stanley was preceded in death by his parents Anna and Howard J Earl Sr. His son Stanley Earl jr., granddaughter Desmira Cosby, sister Jacqueline Earl, brothers Howard Earl Sr., Ronald Earl, Robert Earl and Wayne Earl. Stanley will be deeply missed and he leaves to treasure his memories, his five children Janel Guy( Louis), Teresa Earl Brown, Sheri Earl, Dwayne Earl (Sherlyn) and Chris Lovelace. His devoted friend and ex wife Helen Earl. He also leaves behind his “buddy” Michael. He had 20 grandchildren and 8 great children. Brother Wyatt Earl, sisters Joan Coursey, Darlene Stevenson, Valerie Earl, and Linda Collins( Gerald). A host nieces, nephews, cousins and friends. Stanley also leaves behind one uncle Rev. Allen O. Smith (Roselyn). Stanley has left a serious legacy with his family. He is deeply loved and admired by so many.

Stanley Earl affectionately known as &#8220;Stan the Man&#8221; was born on March 31,1939 in Newark Delaware to Howard and Mildred Earl. Stanley transitioned to his heavenly home on March 6, 2021. Stanley received his early education at Iron... View Obituary & Service Information

The family of Stanley Earl created this Life Tributes page to make it easy to share your memories.

Stanley Earl affectionately known as “Stan the Man” was born...

Send flowers to the Earl family.