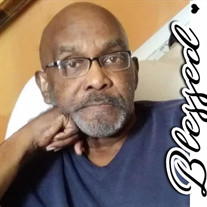 Eugene Henry Slaughter, Jr. Eugene Henry Slaughter, Jr., affectionately known as “Baby Gene”, was born on June 14, 1958 in Salem, New Jersey as the son of Mr. Eugene H. Slaughter, Sr. and Mrs. Florence O. Slaughter. He departed this life on Wednesday, January 30, 2019 in Christiana, Delaware. “Baby Gene” almost did not make it to adulthood. During his time as a toddler he suffered from meningitis and almost died from the condition; however, he fought on and lived a full life following his childhood battle with the disease. Eugene was educated in Salem City Schools, where he attended John Fenwick Elementary, Grant Grammar School, and Salem High School. Gene graduated from Salem High School in June 1977. During his time in high school Gene was a member of the Blue Rock Drum and Bugle Corps. and traveled the country to compete in numerous competitions. It was an exciting time for a young boy from a small town. After high school Gene worked at several jobs in the southern New Jersey and northern Delaware areas. He worked for a brief time at DART (Delaware Area Rapid Transportation System), McLean’s Distribution Center, CIBA –Geigy, and BFI Waste Management. He worked hard for nearly twenty five years before the onset of his health problems, which caused him to stop working. Although battling health issues, Gene did not stop being an active person. He was raised in a Christian household and accepted Christ at an early age. After leaving the work world, Gene became very active in the church and worked to serve others. He and his wife, Joyce, were faithful members of the Peoples Baptist Church, Full Gospel Ministries of New Castle, Delaware. Gene loved to cook and became a part of the kitchen ministry. Baby Gene will always be remembered for his devotion to his family. Although he had two nephews and a niece, he grew up more like the brother of John Jr., Clarence and Shelly. He was devoted to his sister Gerri and looked to her as a mother after their own mother passed in 1978. Although born several years apart, it was evident that Gene and Gerri were siblings. Both were known to be stubborn and could  “roll their eyes” when they did want to be bothered! Gene also loved and adored his “play” sister/cousin, Shirley “Ducky” Slaughter. They grew up together and their relationship only grew tighter as they grew older. Last, but certainly not least, Gene was also a wonderful husband and father to his family. He loved his wife, Joyce, and he doted on his beloved daughters, Anna and Toi. His pride increased with the addition of his precious granddaughter, Angela Jessieka (also known as AJ). Although Gene is gone from our presence his spirit will live on with his family. He leaves to celebrate his life his wife of over 25 years, Joyce Slaughter (of Delaware); his daughters, Anna Rhodes (Pennsylvania) and Taquoia Chrisden (Delaware); his granddaughter, AJ (Pennsylvania); five nephews, John Jr. and Clarence Patillo (both of Maryland); Jimmy Johnson and PJ Scafe (both of Delaware); Jimvonte Chrisden (Delaware) and a niece Rochelle Patillo (of Georgia); special friends and cousins Carson Doran (Tammy) and Robert Johnson (both of Delaware); a surrogate mother and big sister, Mom Gerri Doran and Anne Polk (both of New Jersey); as well as a wealth of cousins and a loving host of friends. It is with sadness that we say goodbye to our beloved family member today but we rejoice in knowing that he is with his Lord and Savior and truly at peace! “I am the way, the truth, and the life: no man cometh unto the Father, but by me”. John 14:6

The family of Eugene Slaughter created this Life Tributes page to make it easy to share your memories.

Send flowers to the Slaughter family.