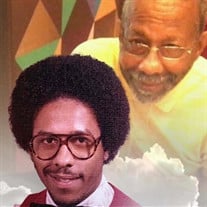 Anthony Bernard Ryan, son of L. Tommy Ryan and Juanita Ryan was born December 31, 1950 in Detroit Michigan, departed this life on September 23, 2020 at Serenity Gardens Assisted Living in Middletown, Delaware. Anthony was the eldest of two siblings. He received his early education in the public school system of Chicago, Illinois. After graduating high school, he attended Howard University in Washington, D.C and graduated with a Degree in Pharmaceutical Science. Shortly after graduating college, Anthony returned home to Delaware where his family now resided and he began his almost forty-year career as a pharmacist. During his career, he worked at various large-chain pharmacies including Thrift Drugs, Rite-Aid and Happy Harry’s, and he concluded his career at Family Pharmacy in Wilmington, Delaware. He took tremendous pride in his profession and gained a strong sense of satisfaction in carrying out his duties in the community. During his professional tenure at Thrift Drug Store, Anthony met Terry Darlene Hale in 1980 and the two were united in Holy Matrimony. From their union Justin Hale Ryan was born. In addition to Anthony being an avid sports fan, supporting all teams in Chicago (which he considered to be his home town), he enjoyed following politics. He was a prolific reader, often reading three to four newspapers daily. Additionally, Anthony enjoyed traveling and generally loved the finer things in life. Anthony’s love of life, family, and friends was second only to his love of God. He leaves to cherish his memory: Justin Hale Ryan (son), Pamela Ryan-Clark (sister), -Akeem R. Wilkins (nephew),and step-children (India, Michael, and Marcus Griffin and their children), as well as a multitude of family and friends.

The family of Anthony B Ryan created this Life Tributes page to make it easy to share your memories.

Send flowers to the Ryan family.